Beedi workers look up towards clouds to quench their thirst

In every crisis lies an opportunity. Here is one such inspiring story
Autos are used to ferry commuters around the city, right? Well, in a little hamlet on the outskirts, an “enterprising” auto driver found it more profitable to stock pots of water in his auto and hawk them at high rates to needy families than to ply his vehicle on the potholed roads!

The ‘Beedi Workers’ Colony is a low income group housing society in the outskirts of  Bangalore, Where there are 570 houses and 8 bore wells which are dry.
The men in this colony work as motor mechanics and autoriksha drivers, the women and children roll beedis (local cigarettes) all through the day and night.
And with the precious little that they earn, they BUY water! contaminated water! Awful, contaminated water!

The “smart” auto driver who was hawking a pot of awful water for Rs 5 was collecting the water from Bharathi lake, behind Jnana Bharathi University. That lake is full of sewage discharged from the Vrushabavathi! The women knew the water was contaminated (“we fall sick so often”, they said) but made sure they boiled the water and drank it or used it for cooking. They really had no choice.
Isn’t it a shameful paradox that while most of us get 1,000 litres of WHO-standard water for a mere Rs 6, thanks to the BWSSB, these poor people pay Rs 5 for 12 litres of contaminated water? The haves are paying so little while the have-nots are being fleeced!

The RWH team found a small vacant plot full of weeds between 2 blocks in this colony. The kids in the block were using it as an open toilet. The plot was cleaned up, and RWH storage tank was built.

Then sealed tank to prevent contamination as hygiene levels were found to be poor has a tap on a platform with a lock. The roof water from houses in the two blocks is channeled into the tank. A Popup filter makes the water fit to use.
Every time it rains, queues form near the tank to collect pure, precious water.
What is marvellous is the life style transformation that followed. The roof, which was a complete mess of discarded cycle tyres and tubes, rotting leaves, old clothes and brooms, was cleaned up by the residents: they couldn’t afford to have their free and pure water supply contaminated!

Water from harvesting rain in this colony is still inadequate but it solves some of their water woes. 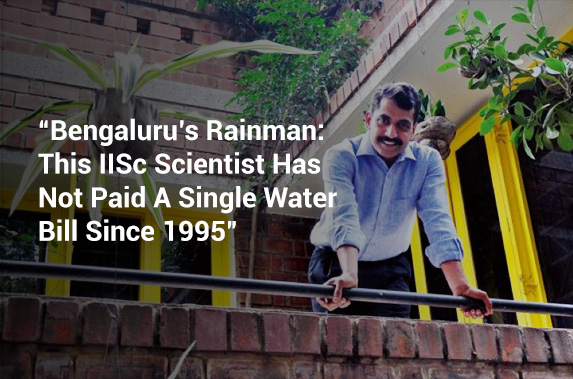 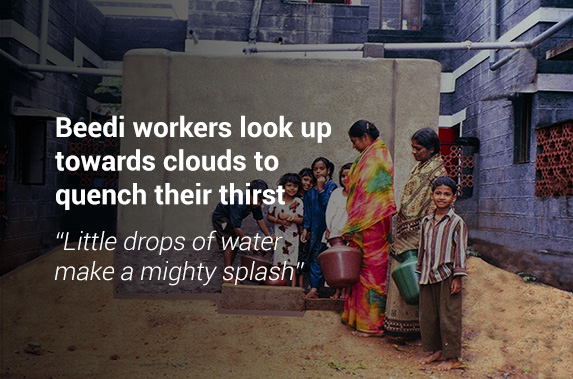 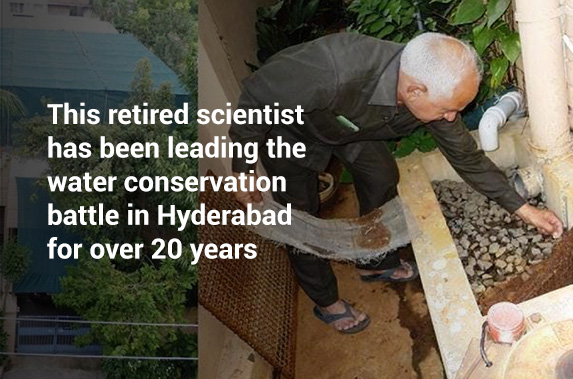 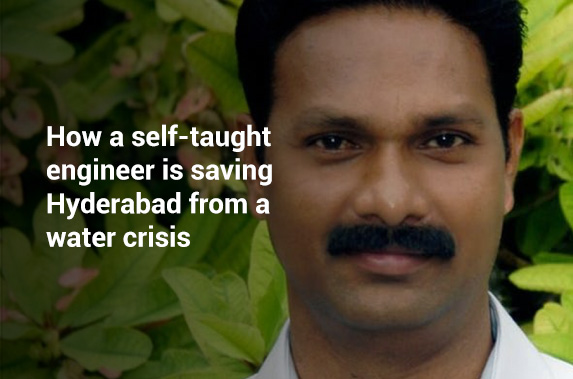